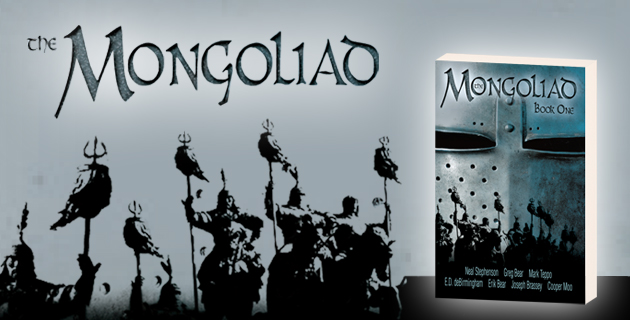 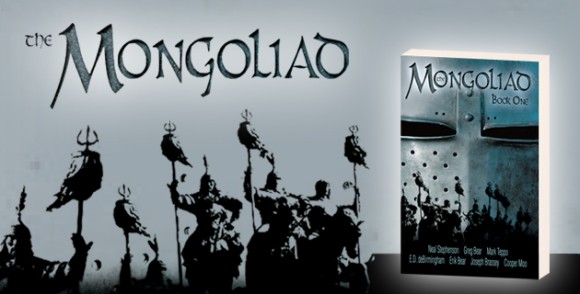 «So what do you think will become of the Empire?» he asked Lian.

Lian elegantly slid her arm into the sleeve of the robe. «Every empire decays, in time. They become old and corrupt, and fall apart, or they become soft and complacent, and are conquered by the young and ambitious.»

«Will the Mongol Empire suffer the same fate» he asked.

She paused, the sleeve of her robe pulled halfway up her arm, and gave him a raised eyebrow. It was a look she had given him many times during his studies, an expression that said: This question is not mine to answer.

Tarbagatai nodded. «Anyone can shoot one arrow and hit one target.»

Gansukh smiled at the mountain man’s tone. Respectful, and yet slightly challenging at the same time. Tarbagatai hasdknown who he was when he had approached , and he was certain the story of the deer in the Khan’s garden wasn’t the only story that had been passed around. The cup at the Khan’s feast. The wrestling match with Namkhai. His on-going feud with Munokhoi. All of these stories contributed to his reputation among the Imperial Guard, but every member of the Guard had been hand-picked for their own prowess and reputation. Stories meant little; actions counted for more.

He’d dreamt of the possibility of freedom, or at least dying in the act of attempting to secure his freedom, and now, he could not quite believe his dream had come true. The rage he had expected to be oursing through him was stangely absent. As he stood free of the cage, he felt only an all-emcompassing certainty of purpose.

Cnán caught Raphael looking at her, an oddly gentle look in his eyes, and she gave him a wistful smile before ducking her head and kneering her horse lightly to get it to trot a little faster. Home, she tought, Where is that for a lost little leaf like me?

They knew the only way to complete any journey is to focus on the ground in front of them. Place one foot, and then the next. Do not look at the unmoving horizon or the immobile sun. One step at a time. A Shield-Brethren can always take one more step.

Each of our lives have no intrinsic value, Feronantus had replied, quoting one of the old maxims inflicted upon all the trainees during their first year of lessons at Petraathen. Except that which we give them by our deeds, and by how our comrades remember us.

Haakon lay back down on the floor of his cage, and after a few moments of trying to find comfortable position on the unyielding floor, he fell asleep.

A plan always quieted the mind.

If they were discovered…

It was best not to worry about such possibilities. They were committed to their course of action now, and as fraught as the spontaneous plan was, they were actively attempting to escape.