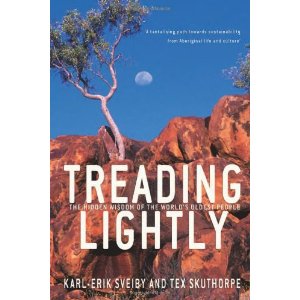 At the age of around twelve a young man would, together with his contemporaries, embark on a long learning journey that would forever change him. It would take fourteen to sixteen years before he returned to his own country.

The young man understood some of the language of each community, because his early teaching was from the women who had married into his community. He could therefore show respect when he went into each different community. But he still had much to learn, including the fact that communication is more than words; people also show respect in the way they speak. To show respect he would, for instance, not look the members of one particular community in the face when he talk.

It was essential to know the whole of everything and he learned that the valuable knowledge is hidden with in and cannot be see-only with patience will it be revealed. Surface knowledge has only limited value.

When the man finally returned to his home community, he still had to perform three more ceremonies taking up to six months in total, before he was considered an adult man with the ability to take on his role for his community. And now he could finally marry.

The women were considered to mature into responsible adults at a much younger age. Hence the women did not need to travel widely to learn. The girls learned about the neighboring habits from the women in the community. Because the women married and went to live with men in other communities, knowledge from all the surrounding groups was brought into each community.